Peace & Anarchy is a fresh, radically libertarian podcast from co-hosts Tabor Barranti, and myself, Ryan Griggs. Every Sunday we will cover economics, politics, current events, and popular culture from a young, Rothbardian perspective over the course of about 50 minutes. In short, we plan to crush statism on a weekly basis. Won’t you join us? 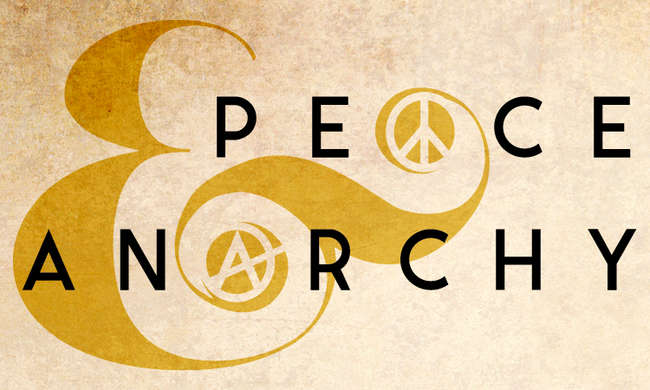 Why are you doing this?

Tabor and I are disgusted with mainstream media coverage–selective coverage, that is–of economics, politics, current events, and popular culture. But we aren’t all too overjoyed with alternative coverage either. As of January 12, 2016, I know of not a single podcast that consistently applies austro-libertarian (that’s a fancy word for Austrian economics- and libertarian-oriented) principles to the four categories mentioned above. That ends on our launch date January 17.

Who are you two? 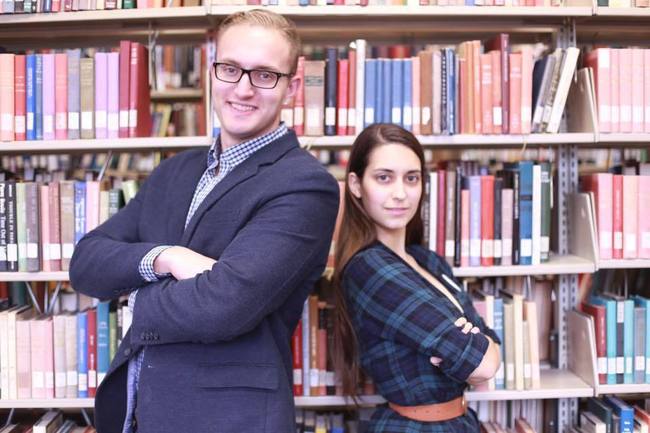 Tabor Barranti is a mechanical...

Graduate course work in economics is such great fuel for a public discussion of the weak, inconsistent, and often hypocritical nature of both modern writing and modern economic analysis. The following will be my submission for an assignment in my Public Sector Economics course, which requires students to read Why Hasn’t Democracy Slowed Rising Inequality (linked here), an article by Bonica et al. in the The Journal of Economic Perspectives and respond with two paragraphs of summary and one paragraph of opinion. Keep in mind this is for an actual assignment. Per usual, the juicy stuff is emphasized.

Announcing Peace & Anarchy: A New Podcast from Ryan and Tabor

This time last year, I wanted to start my own podcast. The details were fuzzy, but where were the fresh, young, radically libertarian podcasters? Lew Rockwell’s far too infrequent podcasts were always must-listens. Tom Woods’ interviews were generally excellent. But who was taking to the internet airwaves from my generation? Where was the ruthless libertarian takedown of the avalanche of crap that people young in body or mind must confront each day?

I mentioned my misgivings to Tabor that night in...

The Mises Institute: Top Pound-for-Pound Educational Organization in the Country

Thebestschools.org ranks [The Ludwig von Mises Institute](www.mises.org) (Mises) 9 of the top 50 “most influential” so-called “think tanks” in the United States. This alone sounds praiseworthy, but a look under the hood at the nuts and bolts of the Best Schools study reveals that Mises vastly outperforms its competitors.

First, as the author of the article relates, there are 1,984 non-profit organizations in the United States. A rank of 9 out of 1,984 puts Mises in the top half of the top one percent of the most influential educational and research institutions in the country. In other words, Mises has gone from a typewriter on Lew Rockwell’s kitchen counter, to one of the most successful non-profit organizations in the country–and probably the world–in about 33 years.

Surely an organization that boasts such dramatic success in a relatively short amount of time must be raking in the...

On November 5, 2015 the eminent Lew Rockwell lectured on “Open Borders: A Libertarian Reappraisal (though the link to the article is quite different, and more honest: "Open Borders are an Assault on Private Property”). Let’s count Lew and Ron Paul as the two greatest living libertarians. The exact order is irrelevant. The point here is that I acknowledge that Lew, along with Hans Hoppe (another libertarian heavyweight), have contributed tremendously to the cause of liberty. But they’re cultural conservatism has lead them astray on the question of immigration and borders.

Like the left-right binary in American politics, the open-closed border binary is a poor framework for a libertarian analysis of immigration. A more nuanced approach is required.

To arrive at the consistent libertarian position, we must first inquire as to whether the borders to be opened or closed are private or...

I’m taking graduate classes in economics at a university in the bay area in California. My Labor Economics professor waived our homework assignment for the week, and asked us to review this WSJ article in preparation for a class discussion, which blithely asks “what’s holding women back in the workplace?” This is a vague allusion to the so-called ‘wage gap’ in the labor market, where evil employers discriminate against women by paying them less than men. Below, you’ll find the preemptive comment I left on the online forum for the course.

Since the homework assignment for the week has been waived, I figured a little discussion here online might be timely.

I could choose from many sources to link to here, but this single one does a fairly comprehensive job of including all of the important points that illustrate that there is no such thing as a pay gap between men and women, all other...

This post is especially relevant to college students enrolled in economics courses in which participation–either digitally or in person–constitutes a portion of the course grade. I’m taking my final undergraduate course Health Economics en route to earning a BA in Economics. Below, you’ll find my response to one part (on externalities) of the first lecture in the course. It may come as a surprise to college students that you can in fact disagree with your professor. And in courses in which participation is required, your statist professor is–quite literally–asking for it.

I think it’s important to present viable alternatives to what one learns in class. After all, what are these forums for if not to express new ideas?

It turns out that there are various schools of economic thought. Some of them include: the chicago school, the keynesian school, the neoclassical school, the...

Response to Baker on “Intellectual Property,” Copyright, and Production

Alexander Baker blogs at Intellectual Space. He’s penned a response to a Facebook comment (included in his post) of mine in which I criticized his conception of so-called “intellectual property.” My response below will be of interest to libertarians who are grappling with the nature of scarcity and goods, especially as they relate to ideas.

“Intellectual property” is a misnomer. There is no such thing as property in ideas per se. Let’s examine why.

Human beings have unlimited wants (ends) and occupy a world of scarce resources (means) with which to achieve their wants (ends). So much information is embedded in this sentence.

Scarcity describes the limited condition of resources. That is, a ‘scarce’ resource is a depletable resource. When the consumption of one unit of a resource to satisfy an end depletes the available stock of that resource, we may describe the resource as...

Rights Do Not Depend on the Weather

It’s time for Global Warming hysteria to die. Unfortunately, libertarian writers are far too concerned with the science, neglecting the fact that the weather is never a sufficient justification for curtailing private property.

Recently, the Environmental Pollution Agency’s (EPA) best paid “leading expert on climate change” John Beale was convicted of fraud after lying to his boss, EPA Administrator Gina McCarthy, about working for the CIA. The 15 year fraud went unnoticed, even a year after Beale’s formal retirement. While dodging his duties, conman Beale “spent a lot of time reading … trying to find ways to fine tune [destroy] the capitalist system” in order to “discourage companies from damaging the environment” (comment added). After I posted the article covering the story, a good friend, who contacts me every so often to get a libertarian run-down on certain topics, asked me my...

The Ideology of Social JustUs

A highly contagious virus plagues political discourse today. To be accepted in the mainstream of politically correct opinion, one must take appropriate measures to demonstrate allegiance to what is known as ‘social justice.’ Views that do not take into account social justice are unfashionable at best and offensive at worst. [Author’s Note: this blog does not take any socially advisable precautions of this sort.] Below I explain what social justice means today, and why the infected are unlikely to be cured.

Confronting the onslaught of social justice hysteria is troublesome for many. The difficulty in combating this worldview is a consequence of the ambiguous nature of the term itself. How can one be expected to argue against a philosophy that doesn’t seem to have a substantive, distinguishable core in the first place?

But even here, a terrible assumption has been allowed to pass...